The number one fear among most defendants who are facing an arrest warrant, whether outstanding or not, is getting stuck in jail. No one wants to sit in jail longer than they have to, and for anyone who has been to jail before, this rings especially true. If you are preparing to turn yourself in for an arrest warrant, have no fear. There is a perfectly simple and effective way to avoid being in jail for too long after surrendering to an arrest warrant. Continue below to find out!

Hire a Local Bail Bondsman to Prearrange a Bail Bond

There are services available in the bail bond industry that will expedite and optimize the arrest warrant surrender process. These are known as prearranged bail bonds. All you have to do is find the right bail bond company in Hamilton County, Indiana to hire for the job. Not all bail bondsmen offer prearranged arrest warrant bail bond services, so you might need to look around a bit.

Prearranged bail bond service generally includes a ride to and from the jail processing center, provided by the bail bond agent on duty. You will meet the bail bondsman at their office, fill out all the necessary paperwork, make your payment (which is non-refundable), and ask any questions you have about what to expect before surrendering to an arrest warrant. After that, they will drive you to the jail’s processing center where you will be physically hand-cuffed and taken into the jail.

In jail, you will be booked and processed into the system, which can take anywhere from 20 to 30 minutes, depending on your cooperation and the number of staff available. After you are done with booking, you are ready to post your bail, which with prearranged bail bond service, should already be finished by the bail bond agent. Once your bond has been posted, you will be released from jail and your bail bondsman will drive you back to their office. From there, you will finish up any necessary business and then you are free to go home and await your court hearing.

Aside from prearranged bail bond service, you want to also ensure you select a bail bondsman with ample experience in the local industry. This level of experience, combined with the prearranging of a bail bond, will get you out of jail even faster. An experienced bail bond company will have good, long-standing relationships with the local courthouses and jail staff, which can impact the speediness of the process. Furthermore, they have the knowledge of how things work, even in regard to your specific alleged offense.

Are you ready to turn yourself in at the Hamilton County Jail in Noblesville, Indiana? Contact us at 317-919-2489 to get started with prearranged Hamilton County Indiana bail bond services you can trust. We operate 24/7 and offer free advice and jail information too.

4 Considerations a Judge Makes Before Setting Bail
Frequently Asked Questions About Bailing a Person Out of Jail
Do I Need a Lawyer to Post Bail in Hamilton County?

If your friend was just arrest in Hamilton County, Noblesville, Indiana, your first step is to not panic. They will not be held there forever; at least not yet. Continue below for a step-by-step instruction guide on the fastest way to bail your friend out of Hamilton County Jail in Noblesville, Indiana. It’s easy, and you can do it all on your own, so long as you have access to liquid assets that is.

In order to bail someone out of jail in Noblesville, you must be 18 years of age or older, and have the ability to make a payment, either in cash or collateral. If you are closer to the 18 year marker, you probably do not have any significant collateral that would qualify. So, be sure you have cash available. You will need it to pay for bail bond services in Hamilton County, IN. Do not be afraid of the process. People are arrested and bailed out of jail every single day, and you can help your friend in as little as 4 or 5 steps.

Here’s How to Bail a Friend Out of Hamilton County Jail:

We are located near the Hamilton County Jail at 654 Logan Street, which means our bail bondsmen can deliver a release faster than other bail bond agencies in Noblesville, Indiana.

❷ Visit Our Office to Complete Paperwork and Payment.

Once you arrive at our office, you will instantly feel like family. We treat our clients with the upmost respect. We are a judgement free zone! We can also arrange to meet at the jail.

❸ Drive to the Jail and Wait While We Post Their Bond.

After all paperwork and payments are complete, we will head to the jail to post your friend’s bond. Just follow us there and wait in the parking lot for them to walk out as a free person!

Other Bail Facts You Need to Know

While out on bond, be sure your friend follows all rules and conditions of both the bail bond agreement that you signed, and court orders. If they do not, or fail to appear for court, you will be legally responsible for paying the remainder bond balance, which you do not want to do. If you do not know your friend that well, or they have an extensive criminal history, it is not wise to sign for a bail bond.

Wondering how much it will cost you considering the bail bond fee is non-refundable? Well, we charge between 10 and 15 percent of the total bond amount. So, if your friend’s bond is set at $5,000 and we charge you 10%, you would be a non-refundable fee of $500. The percentage we charge depends on the liability we deem from case to case.

Ready to get your friend out of jail and back home? Contact us at 317-919-2489 to get started with Hamilton County Indiana bail bond services you can trust. We operate 24/7, and offer free advice and jail information too.

You Should Also Read:

How Do Bail Bonds Work?
How to Find Out if Your Friend Was Arrested
Why Are Bail Bonds Non-Refundable? 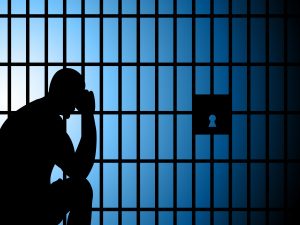 Below you will learn about the most well-known and commonly-used bail bonds in the industry.

This type of bond is also referred to as a bail bond. It is the most general and most commonly used bail bond in the industry. A bail bond agency will coordinate the bail bond for a person and charge a non-refundable fee, usually 10-15% of the total bond amount, depending on the state. This promises a quicker release from jail, rather than waiting for a court date, which can take anywhere from weeks to months. If the person pays for the bail bond service, they are required to sign into a contract and a promise that they will show up for their scheduled court date. If they do not appear for court, the bail bond company has a warrant issued for their arrest and they are listed as a fugitive of the law.

There are instances when a person has been arrested for a major offense and the bond amount is very high. Not everyone in these circumstances has the cash they need to pay for their bail; so instead, they pursue a property bond. This is the case in which a person puts up the rights to high-priced personal assets, such as houses, land, businesses, cars, and anything else with equivalent value of the bond.

Once they appear and complete their court hearings, their property can be returned. If the person is released from jail on a property bond and they fail to appear for court, they forfeit the asset they fronted for the property bond. They will also have an arrest warrant issued for their arrest and they will more than likely not receive another chance to be bailed from jail.

Being Released on Your Own Recognizance

This is a type of bond that is used for minor offenses like traffic violations. In the instance that a person is being released on their own recognizance, the federal law allows them to leave jail and be released, but only with the mutual understanding that the person is required to appear for their scheduled court date, as well as avoid any more criminal behavior.

Being Release on Citation

The very minor crimes, like j-walking, will be addressed with a citation release. This is when a police officer will write a person a ticket on the spot, and they usually have to call a number or go to the courthouse and pay a small fine. This is a strategy used to avoid over-crowding in county and local jails.

Call Uptown Bail Bonds at 317-919-2489 to get out of jail in Noblesville, Indiana. Our team of highly-trained and licensed bail bondsmen have over 30 years of experience in the industry and offer a wide range of bail bond services, including probation violation bonds, immigration bonds, federal bonds, property bonds, and more. Call 317-919-2489 for Noblesville bail bonds and more, today.