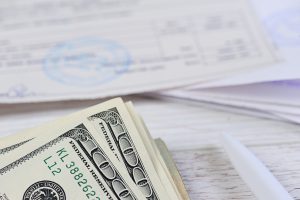 This is one of the most common questions about bail asked in the bail bond industry. Bail bonds are not only expensive, they can be confusing too. Not all bail money is reimbursed; it depends on the method of bond posting you choose. Be sure to talk to a licensed bail bondsman for specific bail bond information in your county. They can clearly explain your options for posting bail in a language you can understand. In the meantime, continue reading to review 3 of the most common methods of posting bond, and learn which
methods will get you your money back.

Hiring a bail bondsman to write a surety bond is the most common and preferred method for posting bail because it is the cheaper option, but also because it is safe, secure, and convenient. When you choose to hire a bail bondsman, you can expect to sign a bail bond agreement, which is a contractual agreement that bonds you to certain liability if the inmate does not meet the terms and conditions of the contract. And then you can expect to pay a non-refundable fee that is a percentage of the total bond amount. This percentage is state regulated, and generally ranges between 10 and 15 percent. A bail agent cannot charge more or less than the regulated limit. In some cases, the limit is reduced to 8%. So if the total bond amount is $2500, you can expect to pay anywhere from 8 to 15 percent of that amount for a bail bond. And you will not get your money back. In fact, if the person using the bail bond does not obey all terms and conditions, you have to pay the remaining bond amount on top of the money you already paid.

If you want your money back, you can choose to post bond with cash. But you will have to pay the entire amount upfront. This is the lesser used method because many people do not have the cash available to pay their bond premium. Bonds are generally in the thousands, and some as high as $50,000 or more depending on the criminal charges and criminal history. However, if a person chooses cash bail, they can simply pay the entire bond premium to obtain a release from jail, and they do not need a bail agent to do so. They can do it on their own. The money is returned so long as they attend all scheduled court hearings. If they miss a scheduled court hearing, all money is forfeited and will not be returned.

The rarest form of posting bond is the use of property bonds. In this case, a person would “put up” property or assets in return for a release from jail. Upon appearing for all scheduled court hearings, they will receive their property back. This can be done directly through the courts, or through a bail bond company. Property includes real estate, vehicles, bank accounts, and more. If a court hearing is missed, the courts will seize the property and not return it.