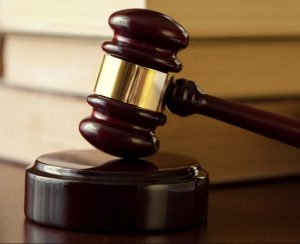 When a person is arrested, they must be given a court appearance within the first 24 hours. This initial court appearance is sometimes called an arraignment, but is mostly referred to as a bail hearing. At this hearing, the offender will learn the charges against them and be given an opportunity to enter into a plea agreement. This is called a bail hearing because it is also when the judge sets a person’s bail. They have the power to grant bail privileges and set a bail amount, or deny bail and keep the offender detain until their trial hearing.

Continue reading to learn how bail is set by a judge after an arrest.

In most states, there is a bail schedule that predetermines bail amounts for particular levels of offenses. Judges generally stick to using this standard practice for bail. However, judges have the power to alter the bail schedule for a particular crime if they believe it is necessary. They can lower or raise the bail amount, or they can abolish the right to bail altogether.

The most common factors that influence a judge’s decision in altering the bail schedule include the severity of the offense, the offenders past criminal history, pending charges against the defendant, age, likeliness to flee, employment, and more.

A judge can also release an offender on their “own recognizance”, also referred to as “O.R.”, which means the judge does not believe the offender is a flight risk, and allows them to be released from jail on the stipulation that they appear for all their scheduled court hearings.

Once Bail is Set

Once a judge sets a person’s bail, that person can be processed into the jail system and then bonded out. They can choose to pay the entire bail amount in cash, and then receive their monies back when they complete all of their court-related obligations; or, they can pay a bail bond company a fraction of the bond amount, but this is a non-refundable fee. Most people choose to use a bail bondsman because it is more convenient that giving up all your cash for a release from jail. Many people cannot afford to pay the jail thousands of dollars, so paying a bail bondsman a few hundred is more cost-effective.

Call Uptown Bail Bonds at 317-919-2489 to speak with a friendly Hamilton County bail bondsman about surrendering to an arrest warrant or getting a loved one out of jail in Indiana. We offer 24 hour bail bonds, county and state bonding, free jail and inmate information, and we serve several other cities in Indiana, including Boone County, Madison County, Marion County, and more! Call 317-919-2489 to request a free estimate, today.